As usual we sent an echo though our network to see if any of our cameras detected the event and we found a match. As it happens you are waiting for a bus and two come along. There was a separate fireball event at around 7:12AM but this would be too bright for our cameras.

Peter Campbell-Burns got just a glimpse of the fireball from his Church Crookham station.

Richard Fleet recorded this one from his Wilcot SW camera and you can see the complete saturation of the camera chip. 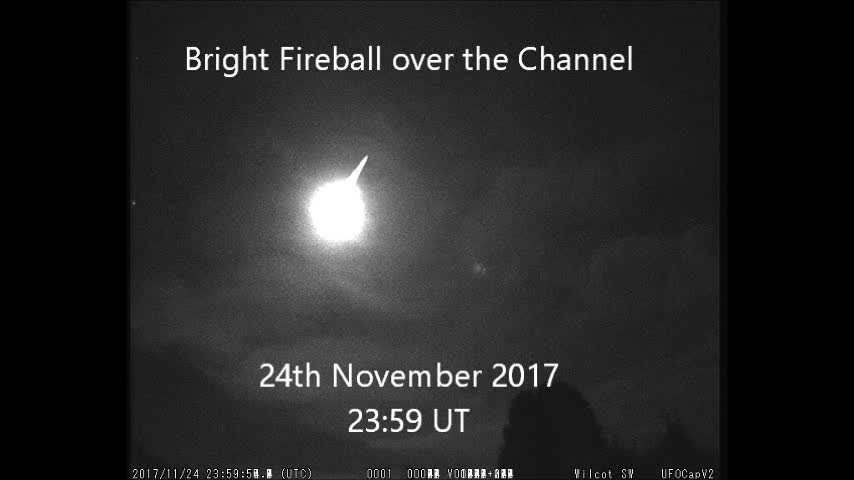 Richard Bassom has also captured it on his camera.

AMS and IMO received 68 reports about a fireball seen over England, Wales and Normandie on Saturday, November 25th 2017 around 00:01 UT.

The second event at 7AM

Update on The second event at 7AM

Richard Bassom has also captured it on his camera.

Mark and Natalie of Llanelli, South Wales sent us their dashcam footage

Have you seen a fireball?

You saw something bright and fast? Like a huge shooting star? Report it: it may be a fireball.

2020 Guide to the Night Sky: A month-by-month guide to exploring the skies above Britain and Ireland

We use cookies to ensure that we give you the best experience on our website. If you continue without changing your settings, we'll assume that you are happy to receive all cookies on the website.