South Taurids are slow-moving meteors, producing spectacular fireballs. This makes them ideal targets for still-imaging and for newcomers to practice their visual plotting techniques. 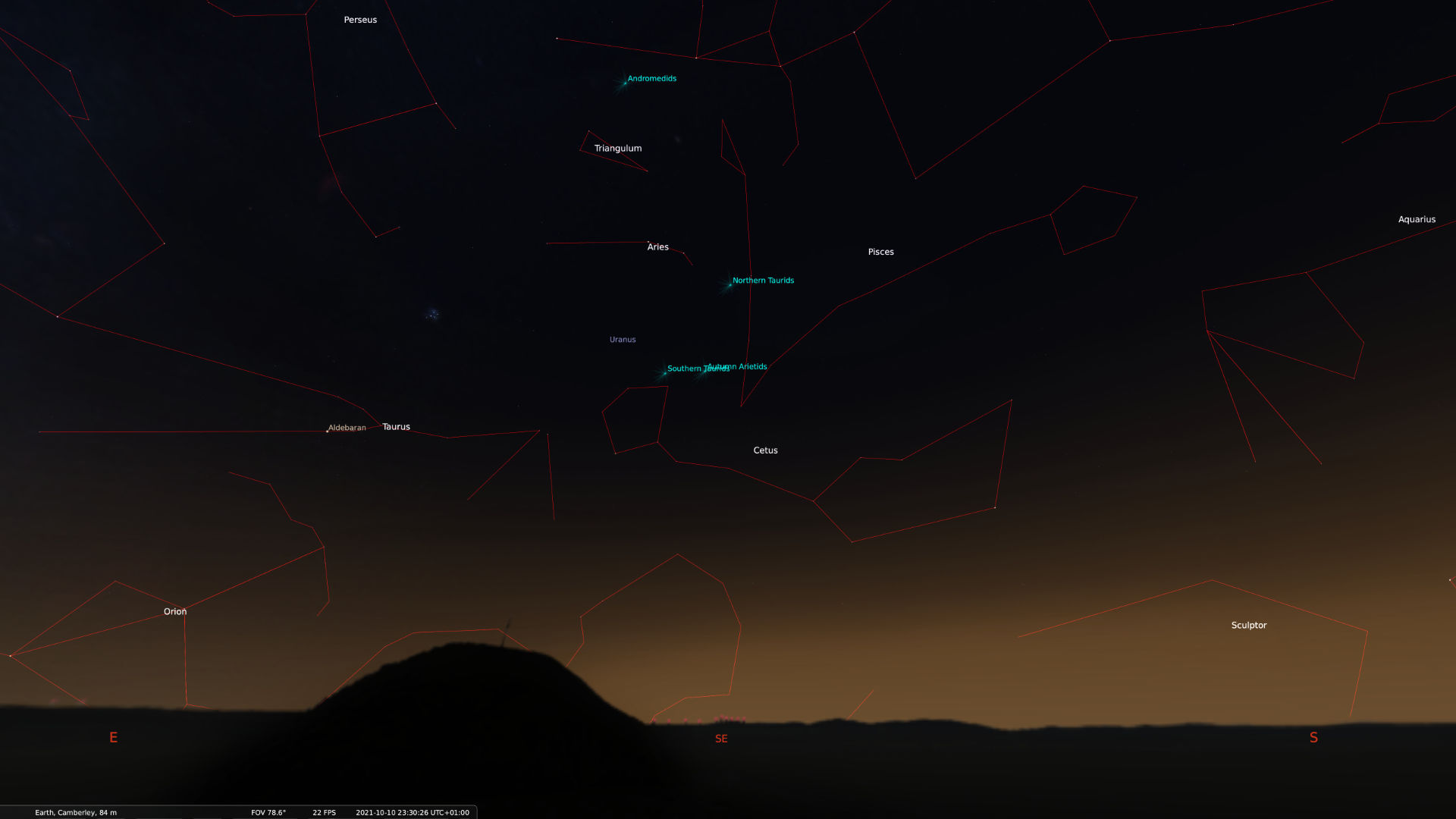 Both Southern and Northern Taurids have spread out maximum, producing only a small number of meteors even during peak nights. But they are known for spectacular fireballs!

Comet 2P/Encke is responsible for the whole Taurid complex of meteor showers, currently being studied extensively.

The comet stream is very spread out and dispersed, which is why it takes the Earth a relatively long time to pass through. It is also why we see two separate segments of the shower: the South Taurids (10 September - 20 November) and the North Taurids (20 October – 10 December). The North and South Taurids are two fragments of the same debris cloud, and they are similar in density, so the peaks are about the same.