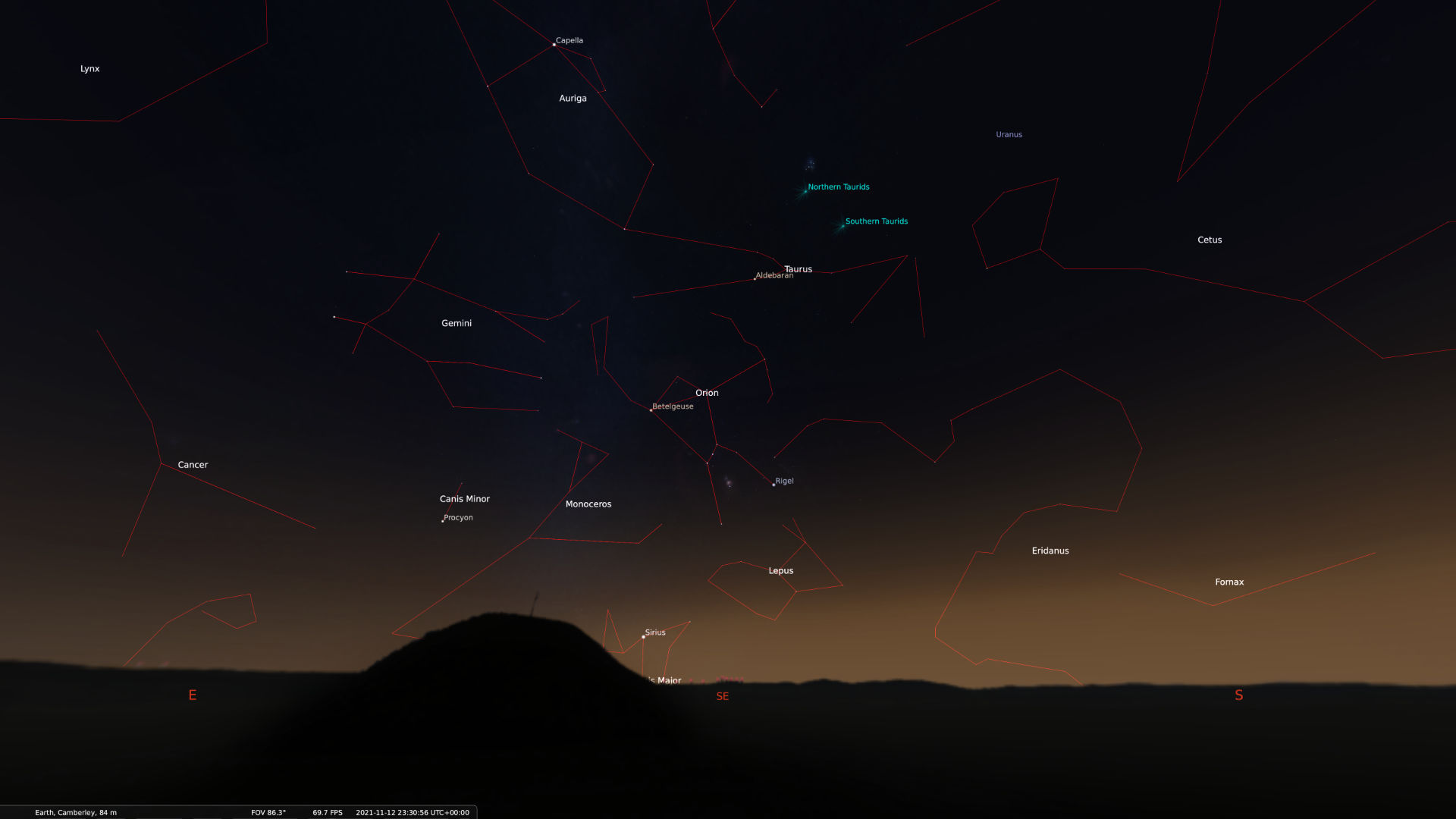 A month later, after the South Taurid branch peaked, the Earth is passing through secondary debris stream after the same comet 2P/Encke.

Both shower streams have a plateau-like peak. Don't expect a sharp rise in meteors like with other meteor showers.

The Earth passes through Taurid shower streams. Because they are spread out and thin, we have an extremely long shower activity: the South Taurids (10 September - 20 November) and the North Taurids (20 October – 10 December).