The Lyrid meteor shower is likely to produce bright and fast meteors, with occasional fireball possible. As the tiny debris enters our atmosphere at 30 miles per second we see it as a streak of light across the night sky. 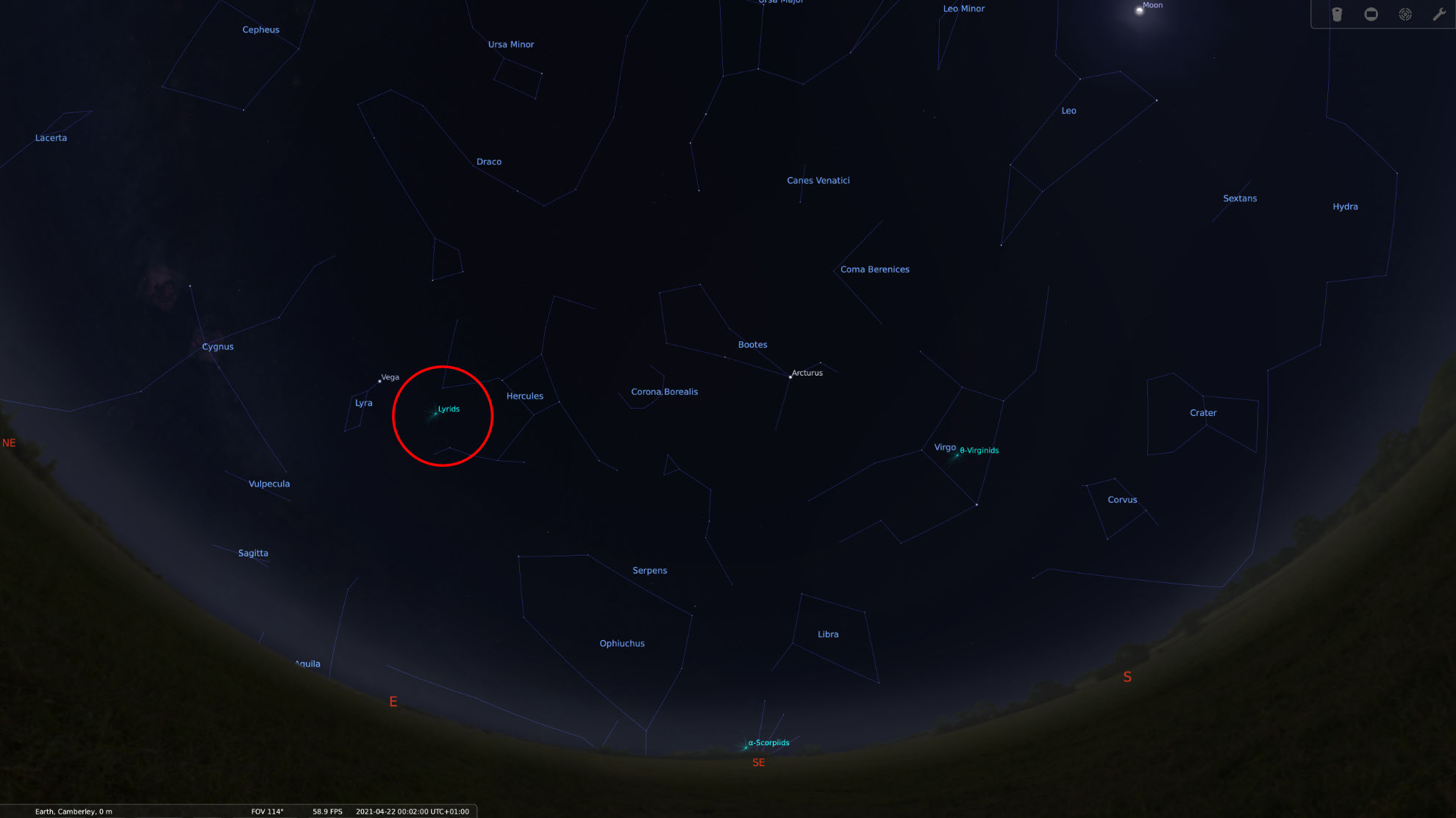 Named after constellation Lyra, the Lyrids are one of the oldest recorded meteor showers—according to some Chinese historical texts, the shower was seen over 2,500 years ago.

The fireballs in the meteor shower are created by debris from comet Thatcher, which takes about 415 years to orbit around the Sun. The comet is expected to be visible from Earth again in 2276.