Peaks: Night 5-6 May, in the early morning hours

Eta Aquarids meteor shower is a bit advanced to observe from the United Kingdom. You still should be able to catch a few meteors before dawn (3-4 AM) over the eastern sky. 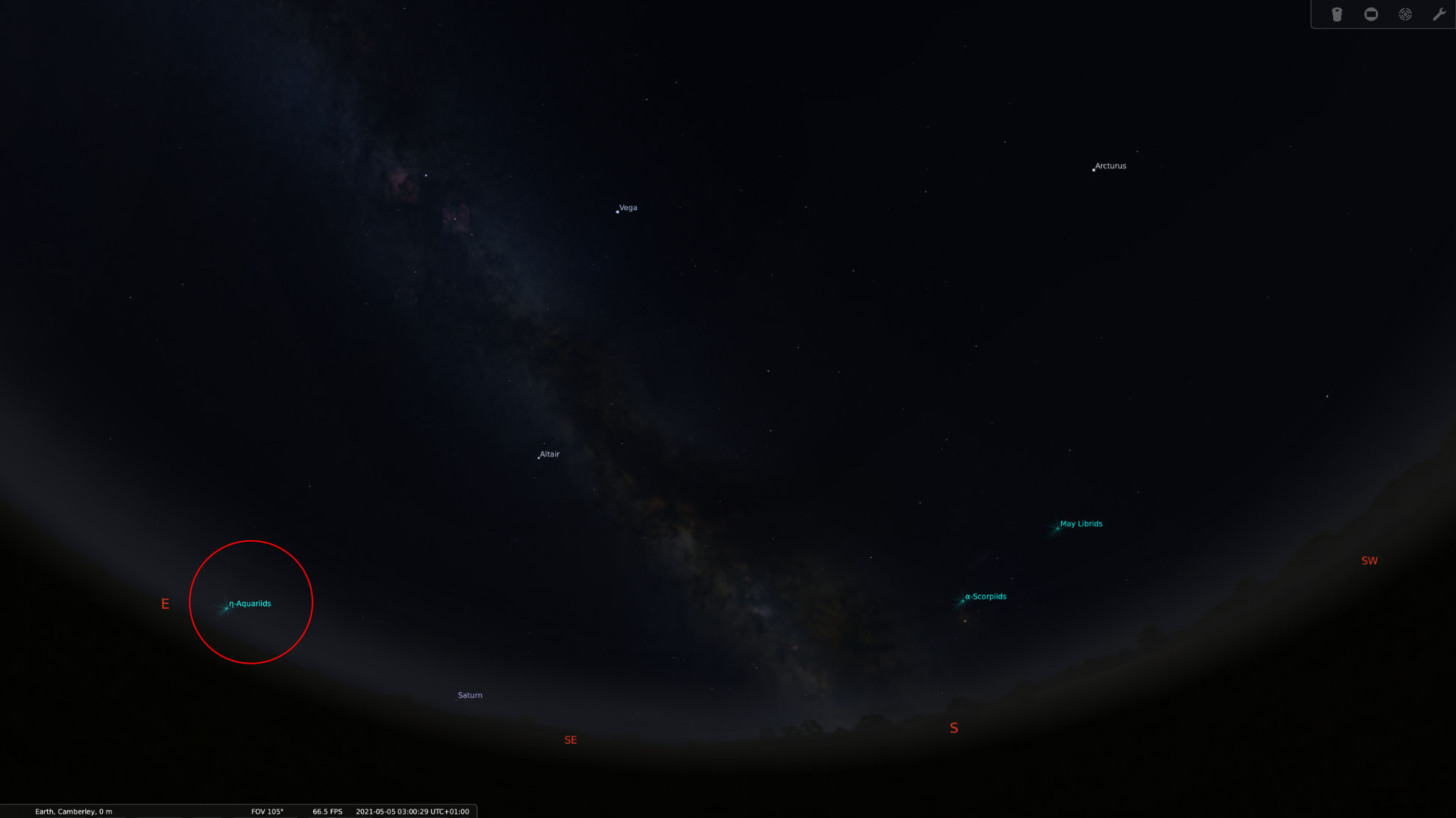 Observing conditions are not great from Northern Hemisphere. From the UK, the radiant will only climb 15 degrees above the horizon by 4 AM. The Moon should not interfere too much, but it should be a very memorable morning, especially with Jupiter and Saturn complimenting the scene.

Comet Halley takes about 76 years to orbit the Sun once and is currently out around the orbit of Neptune and almost at its farthest distance away from the Earth before making a turn and heading back in our direction. 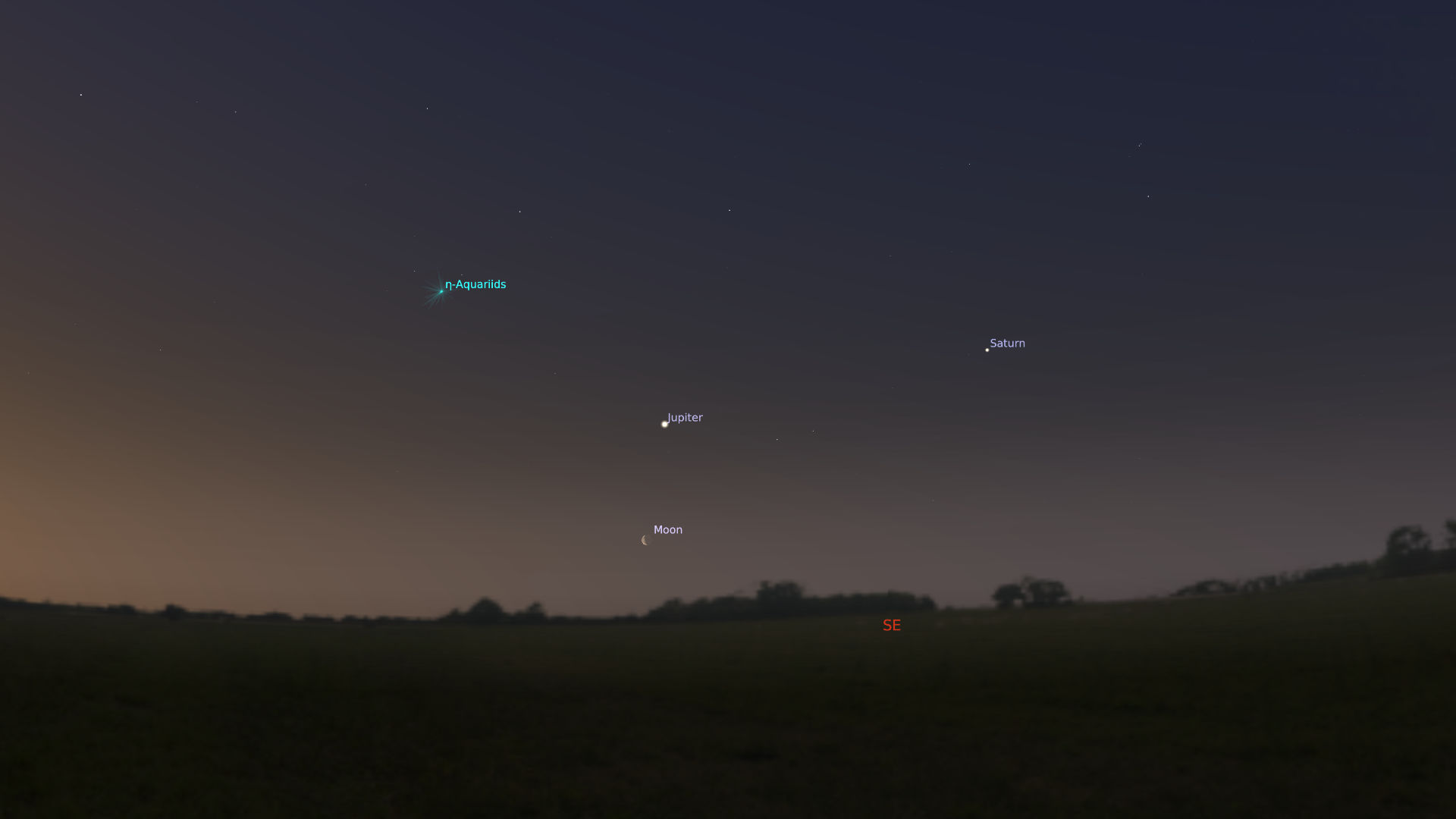