Usually, a fairly quiet Draconid meteor shower is producing very low meteor numbers. The best viewing is in the early evening instead of early morning. 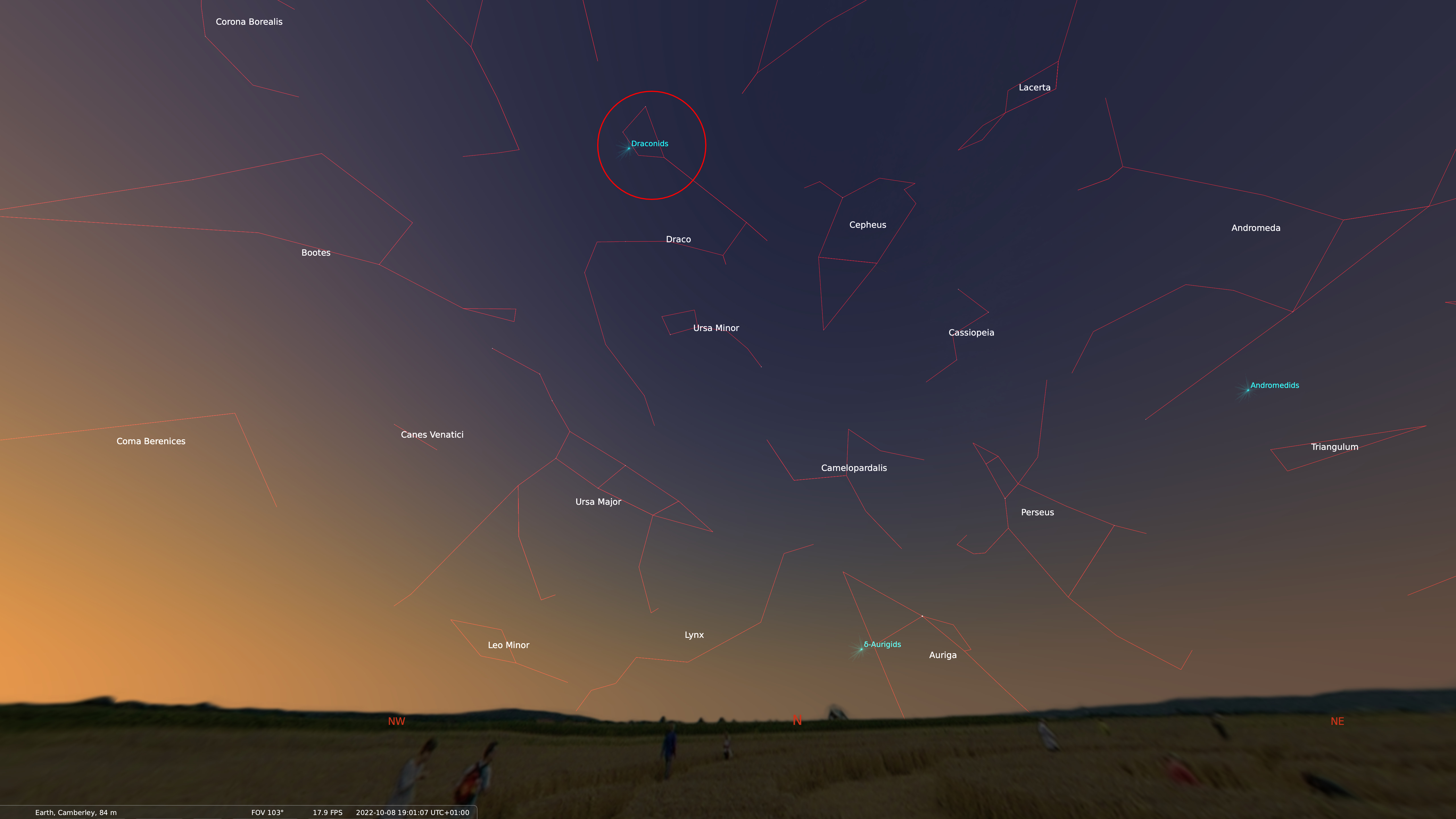 Like many meteor showers, Draconids are also tiny space debris left in a comet path that Earth crosses. The comet producing Draconids is 21P Giacobini-Zinner, discovered in 1900. Sometimes this shower is also referred to as Giacobinids.

Observers in the UK should start early. Just after dusk, when the shower produces the highest meteor numbers. Still, compared to some other showers, we are talking about less than ten meteors per hour. There will be no Moon interference this year.

The Draconid meteor shower is a real oddity. The radiant point stands highest in the sky as darkness falls. That means that, unlike many meteor showers, more Draconids are likely to fly in the evening hours than in the morning hours after midnight.

Sleeping Dragon can suddenly wake up, and the meteor shower is responsible for the most fantastic meteor outbursts. In 1933 and 1946 Draconids had Zenithal Hourly Rates of thousands of meteors visible per hour. Producing the most impressive meteor storms of the 20th century. Rare outbursts in activity can occur when the Earth travels through a denser part of the cometary debris stream; for example, in 1998, rates suddenly spiked and spiked again (less spectacularly) in 2005.