UK Meteor Observation network has been collecting data for more than five years and gathered a good amount of data for numerous meteor showers.

In this article, we will take a detailed look at five most observed meteor showers in the UK.

Amateur astronomers can contribute to science greatly, with technology getting cheaper it is easy to install a camera and start helping.

But we are also very interested in those unknown meteors, not associated with any known meteor shower. We call those Sporadics, and our team recorded 11,043 unified records, accounting for almost half of all recorded meteors.

Taurid meteor shower consists of two main streams and is an annual recurrence. Because of their occurrence in late October and early November, they are also called Halloween fireballs.

Due to the gravitational perturbations of planets, especially Jupiter, the Taurids have spread out over time, allowing separate segments labelled the Northern Taurids (NTA) and Southern Taurids (STA) to become observable.

Northern Taurids peak on 12 November and Southern Taurids on 10 October each year. The meteors are relatively slow, just 28 km/s compared to other showers.

Taurid stream also has heightened activity cycle. Every 3,000 years or so the core of the stream passes nearer the Earth and produces much larger meteor numbers on the sky. The next peak is about 1,000 years away. 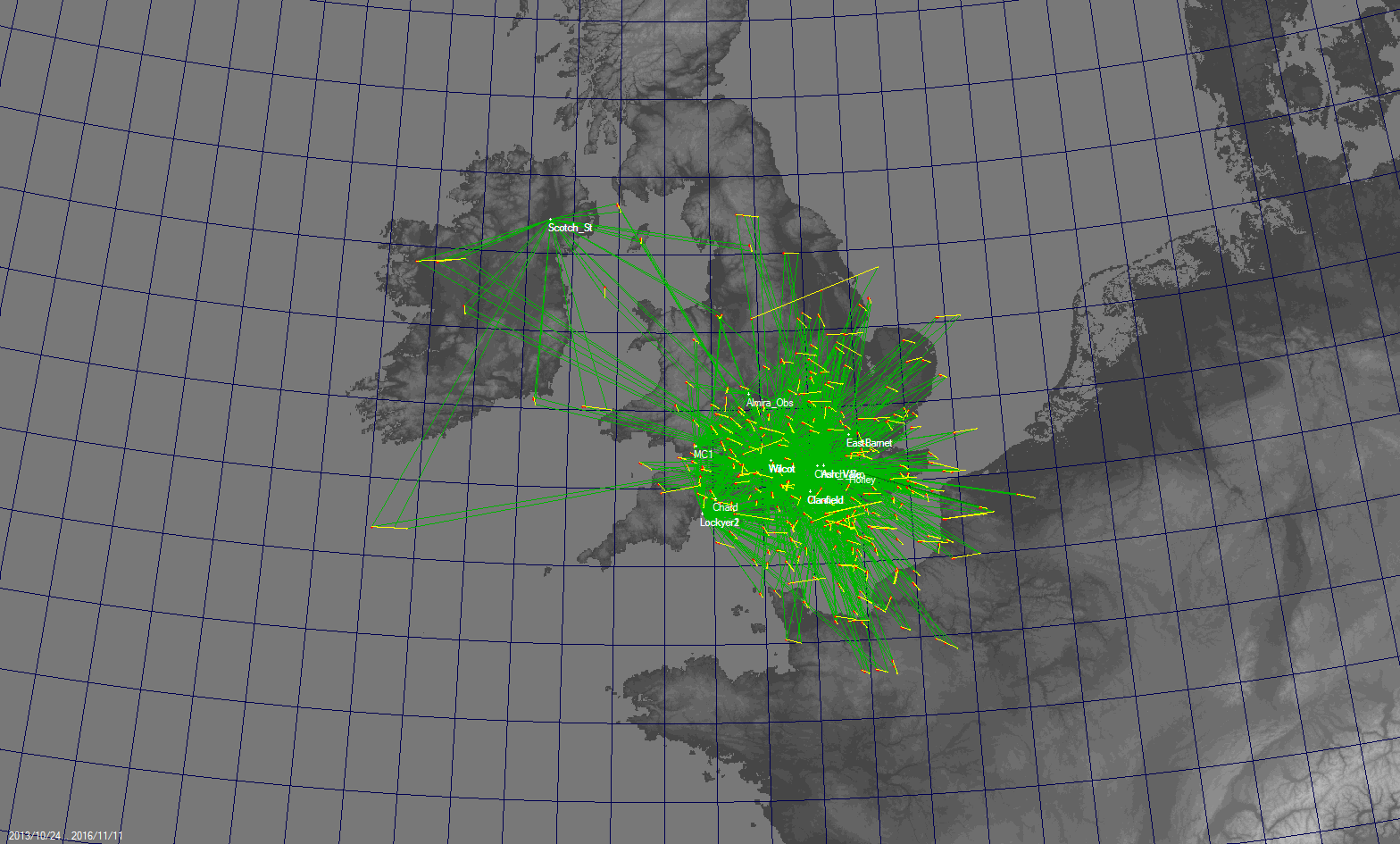 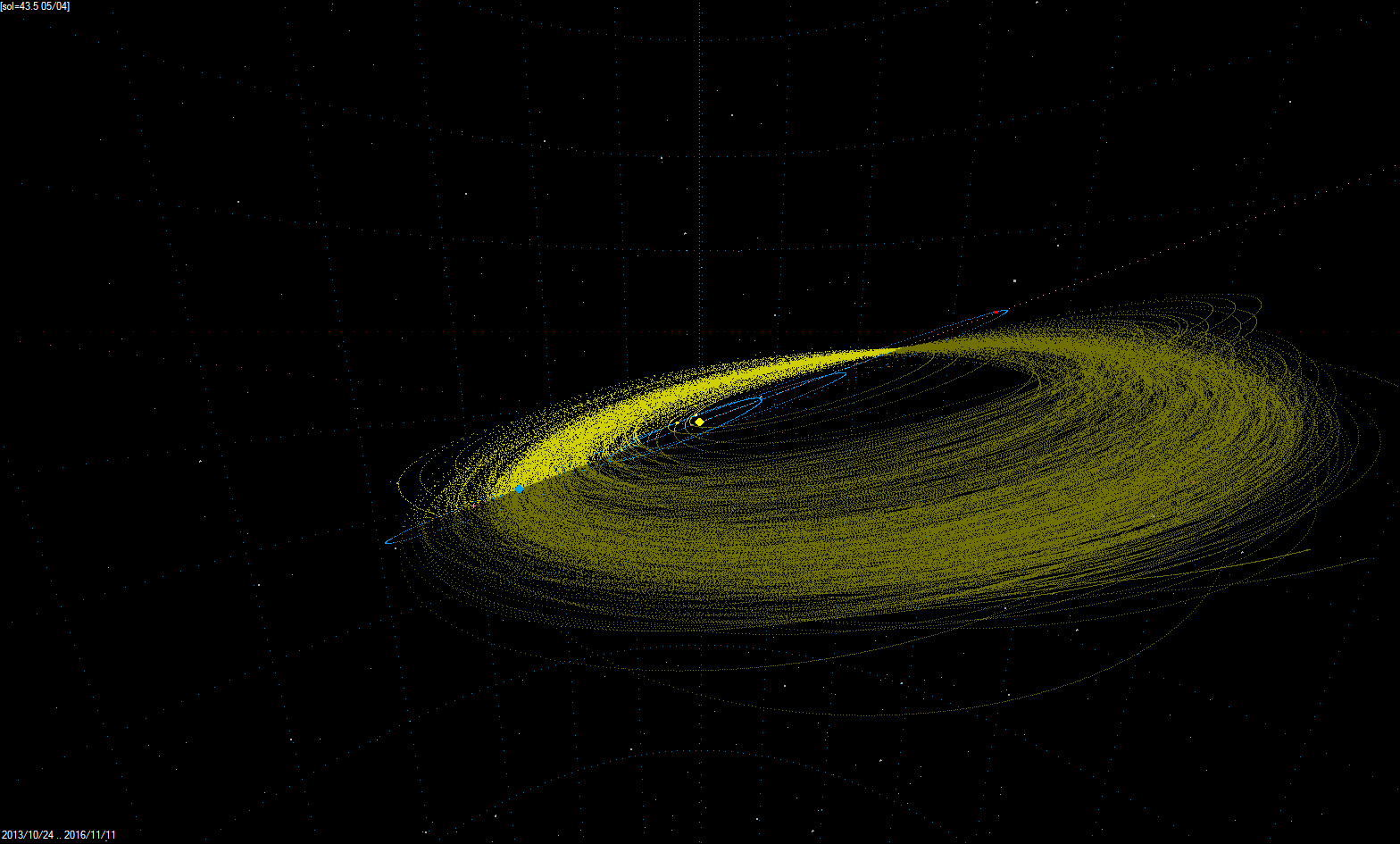 Orionid meteor shower is a remnant of material left after Halley’s Comet, and it is an annual event, usually peaking around October 20. Orionids are fast, at 67 km/s they one of the fastest showers in The Solar System and rarely produce fireballs, unfortunately.

But the shower is still very interesting. It may give double peaks as well as plateaus, and time periods of flat maxima lasting several days. 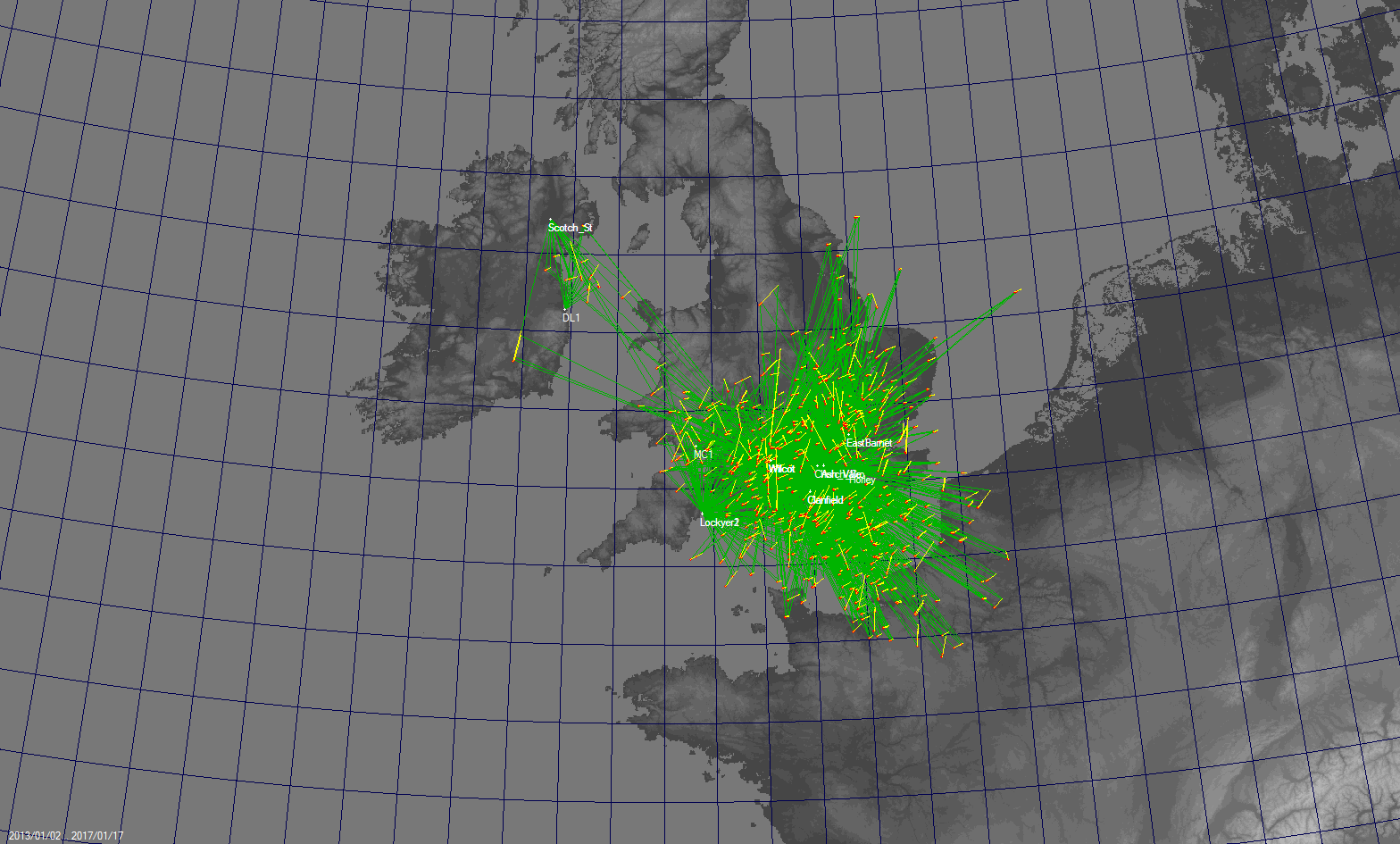 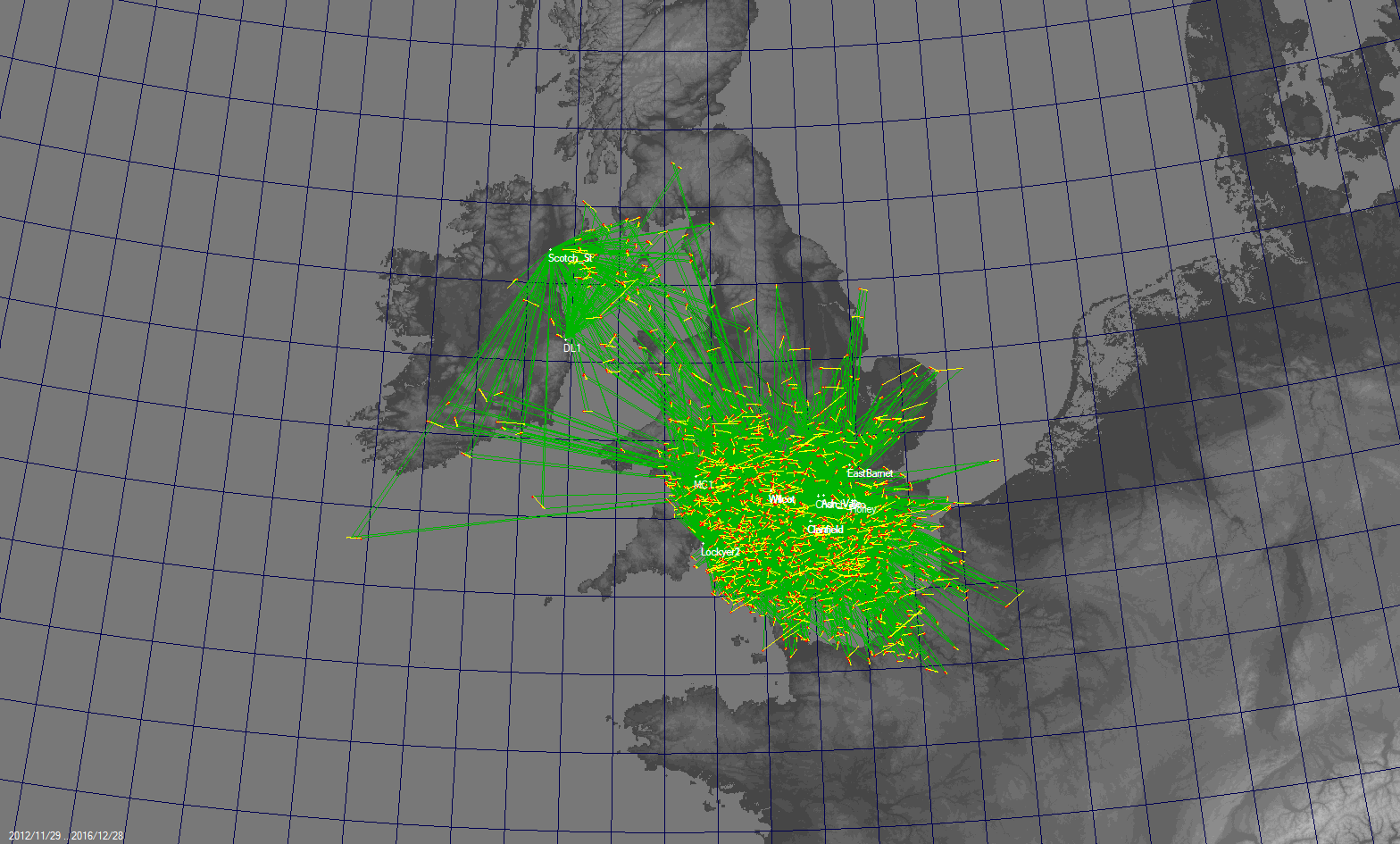 Second most famous meteor shower among the public is the Geminids. Active during cold December nights, peaking on the 14th with best-observing conditions between 2 - 3 am. In contrary to other meteor showers, this one originating from a comet debris but asteroid called 3200 Phaethon.

Meteors are slow moving though crisp nights at 35 km/s, and the shower can reach 120-160 meteors per hour. 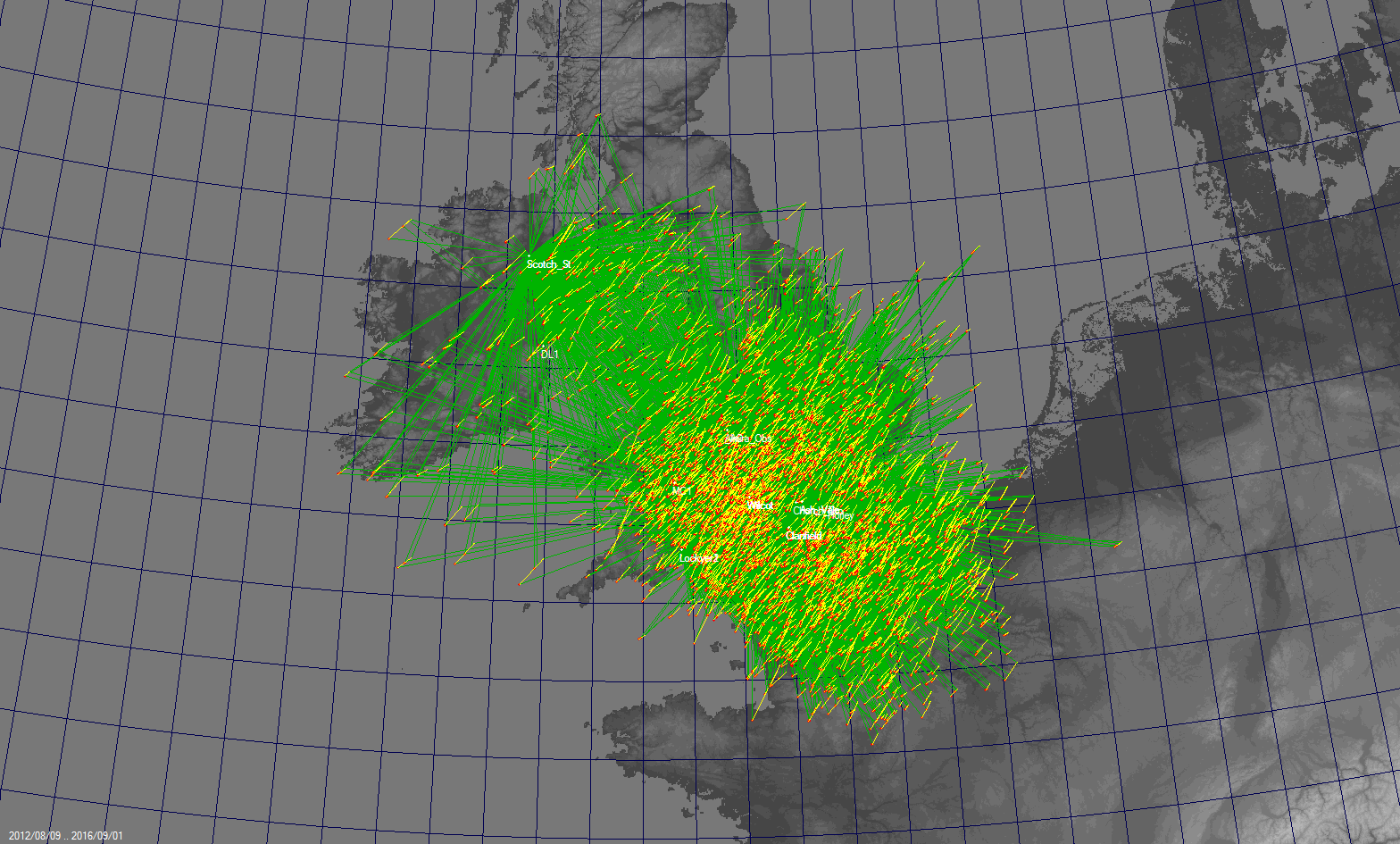 Ah, the Perseids! The absolute superstar among meteor showers and of course the general public.

During warm summer months, Perseids peak on August 12 and perhaps because of such a beautiful and warm weather people like to enjoy this spectacular celestial show.

Perseids are fast and produce more fireballs than any other shower, by far. Originating from debris left after comet Swift-Tuttle, but a new dust filament could still have a few surprises for us.

Fireballs and Earth-grazing meteors are quite common to see during shower peak.

« Bright Meteor over the South of England