In the early hours of Friday 27th May 2017 a large storm rapidly formed over Devon and Cornwall, as part of an approaching front.

200km away in Wiltshire the sky was still clear and as usual the Wilcot station meteorcams were monitoring the sky for brief flashes of light from meteors. A few meteors were captured but mostly the meteorcams picked up the flashes of distant lightning. By the end of the night lightning had triggered the west facing camera more than 600 times.

The lightning plot below shows how active this storm was.at 0100 UT (Red dots are strikes in the last fifteen minutes, blue dots were more than an hour old.) 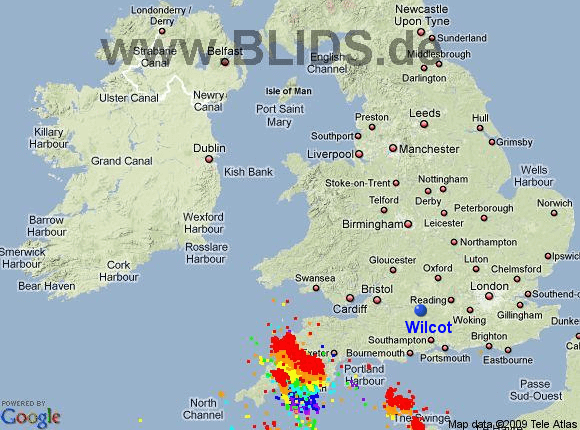 Thunderstorms this strong aren’t very common in the UK and it shows up on the satellite image below as an intense white blob over the southwest tip of England. 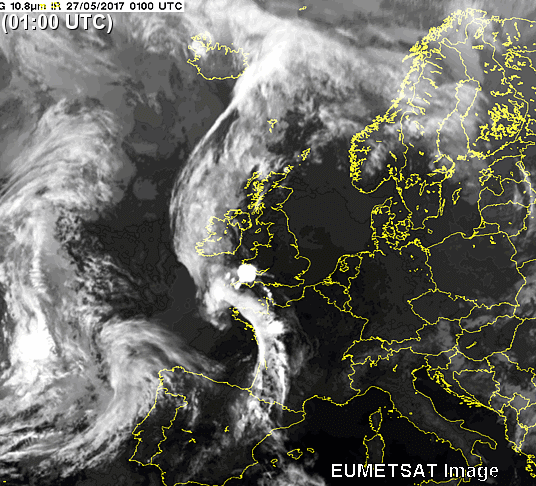 In addition to the usual flashes along the horizon there were brief flashes of ghostly sprites, far above the storms and almost at the edge of space. These discharges lasted barely a tenth of a second but were bright enough to trigger the camera. It was a record night for sprites from this station with 23 events being recorded before the advancing cloud blocked out the night sky.

Lightning occurs in the lower 10km of the atmosphere but sprites are typically 60 to 90km above the surface, just below where most meteors burn up. Sprites, or Transient Luminous Events (TLE), are very different to lightning near the ground and several forms were recorded during the display.

Here is a compilation of all the sprites recorded during the night. 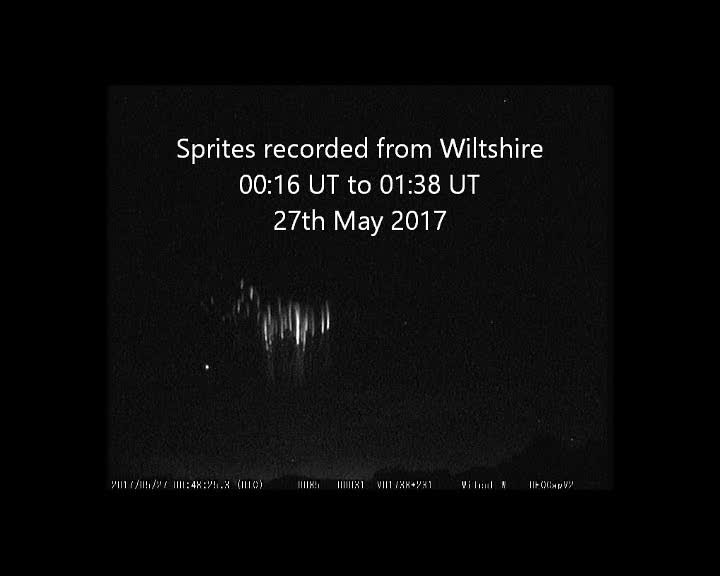 Single frames from the video show some of the events in more detail. Some of them were just a single spike but most were in clusters, like this one to the right of Jupiter: 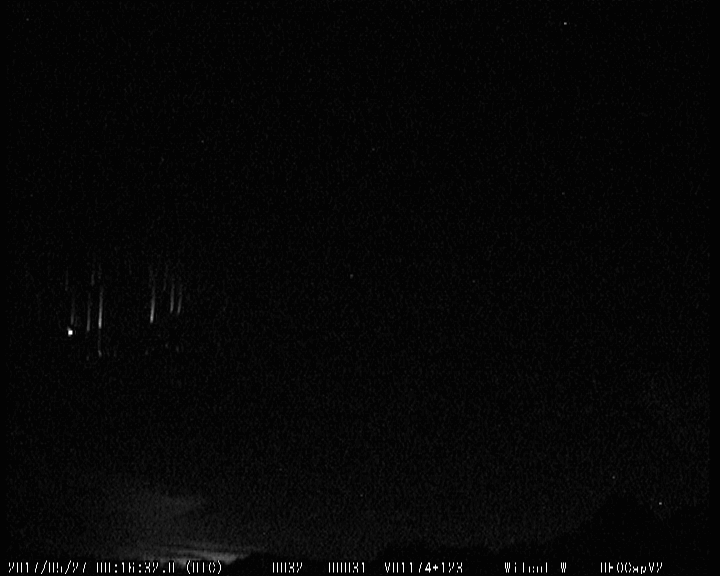 Note the distinctive little spots below each spike. 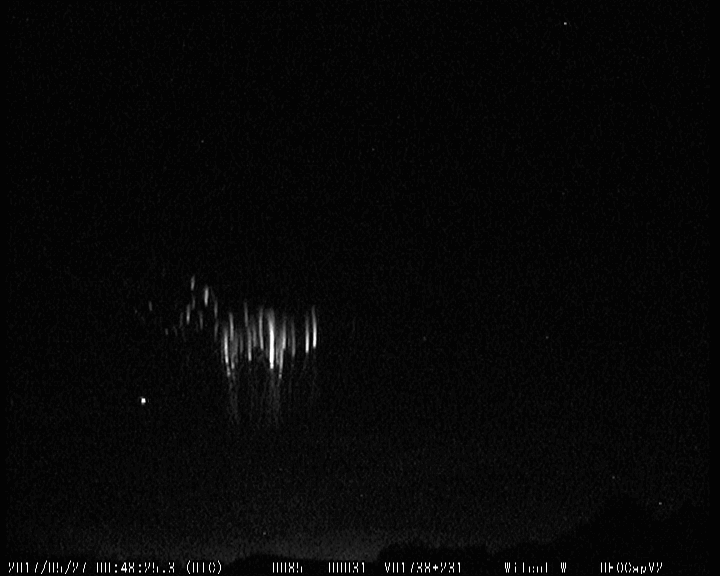 Others were blobs with rather messy streamers: 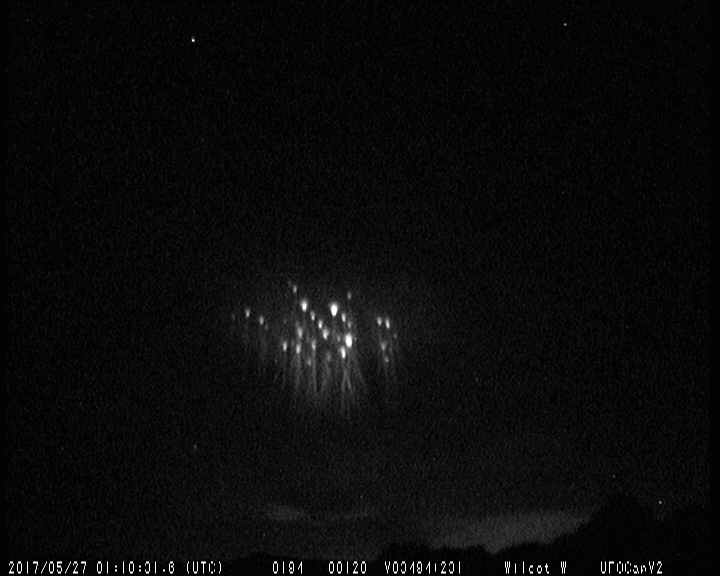 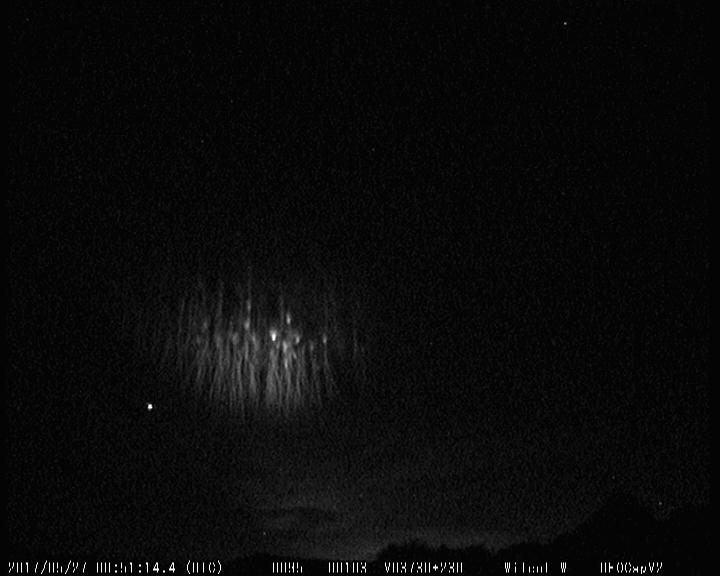 Even the International Space Station put in an appearance during one of the sprite events. 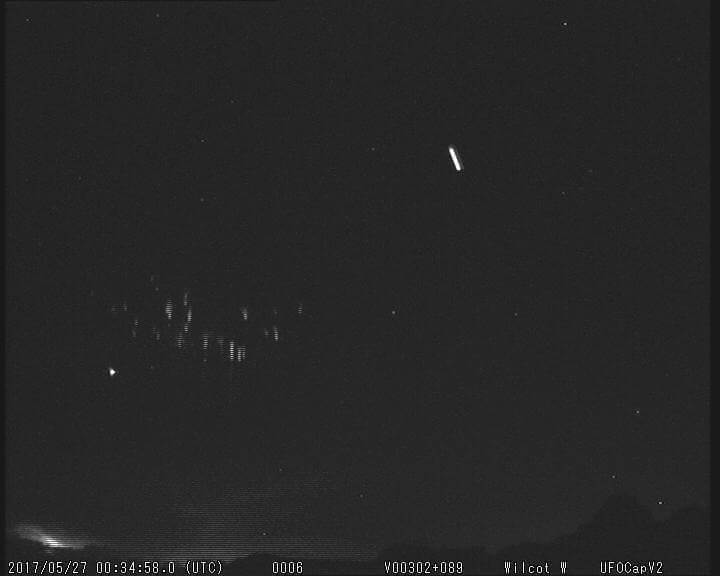 The ISS moved during the few seconds the camera was recording, leaving a bright streak).

The more easterly part of the storm front was also moving northward and swept overhead at dawn, heralded by thunder and lightning. The brief wall of rain was preceded by a good display of mammatus clouds.

The video is a compilation of all the events triggered during the night on the south-west facing camera, with several flashes a minute at some stages. 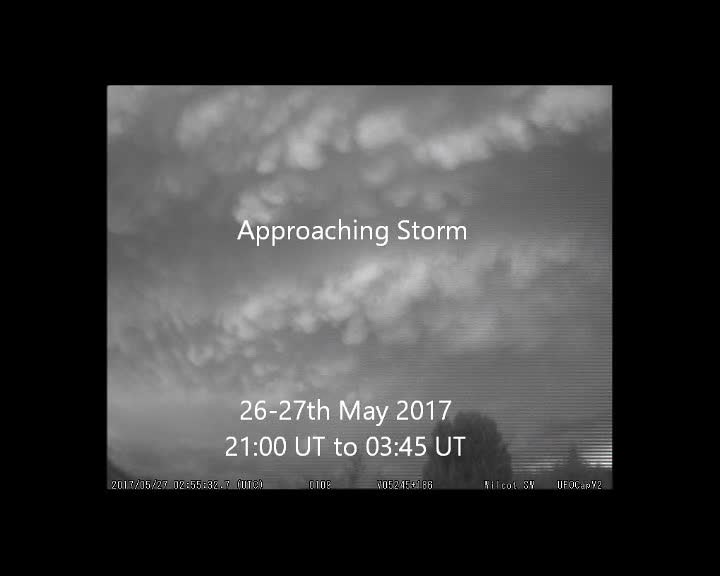 Oh, and there were a few nice meteors too … 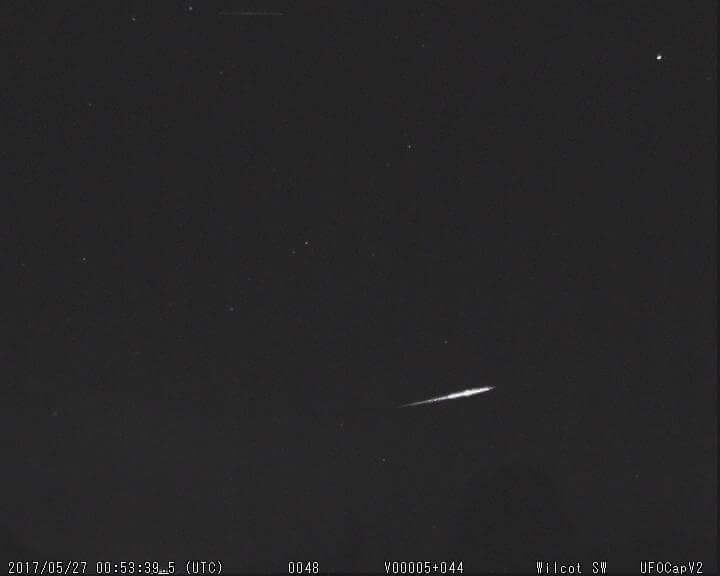 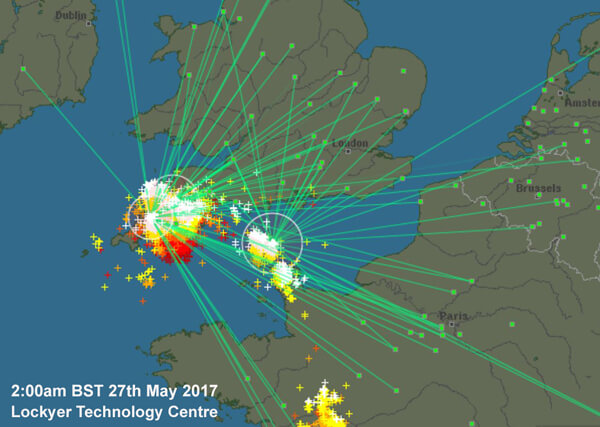 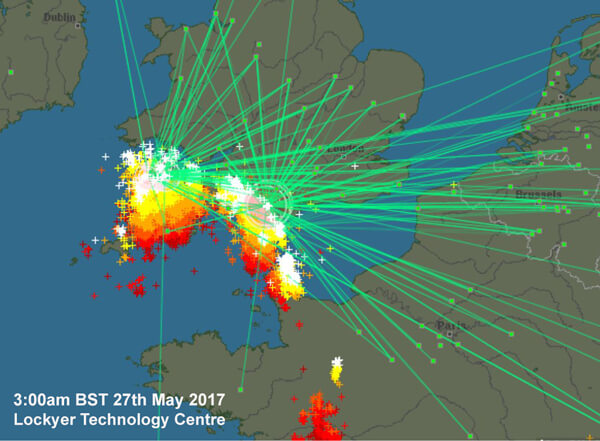 Lightning progression on the morning of 27th May 2017. The images indicate the route the storm took and how it intensified.

The storm moved from South to North, covering most of Devon & Cornwall and parts of Dorset and English Channel Surprisingly, Exmouth and Exeter remained untouched. Much of the action was inter-cloud The whole spectacular event was silent when observed from Exmouth/Exeter

The video is looking West from Exmouth. The storm commenced Saturday 27th May 2017 approx. 01:00 UT (02:00 BST) and lasted approx. two hours The two “stars” visible in the video are Spica on the left and Jupiter (brighter) on the right.