UKMON and the Natural History Museum are helping students at the William Perkin School to set up their Meteor camera. After overcoming a few technical challenges, the camera is now collecting data.

Last week Peter Campbell-Burns spent some time at the school to demonstrate how to run UFO Analyzer and their combine data with other UKMON stations. This aim of this his was to give science teacher Anita Kapila an initial introduction to the UFO Analyser and UFO Orbit software; a follow-up session with the students will be organised after the summer break.

During this visit an important milestone was achieved – the first pairing of a William Perkin camera with another observation. The pairing of one observation might not seem particularly special but for the school it is an important step forward. We know that there will be many more matched observations amongst the data collected to date, but these are for the students themselves to discover.

The matched meteor in question was only a short lived sporadic (i.e. it is not matched with any known meteor stream). The observation was paired with an observation made by a UKMON camera operated by the Hampshire Astronomy Group at its Clanfield observatory. It lasted only 0.3 seconds and travelled a little over 16km through the atmosphere. Its velocity was over 56 kilometres per hour. Ablation started at an altitude 106km and finished at around 90km.

The following diagram shows a Google Earth view of the meteor’s trajectory and its projected ground path.

Below is the UFO Analyser analysis of the ground path showing the pairing of the observation between William Perkin School and the Clanfield camera.

The orbit of the meteoroid before it entered the Earth’s atmosphere extended a little beyond Mars (shown in red below) and is inclined significantly with respect to the orbital plane of the solar system. 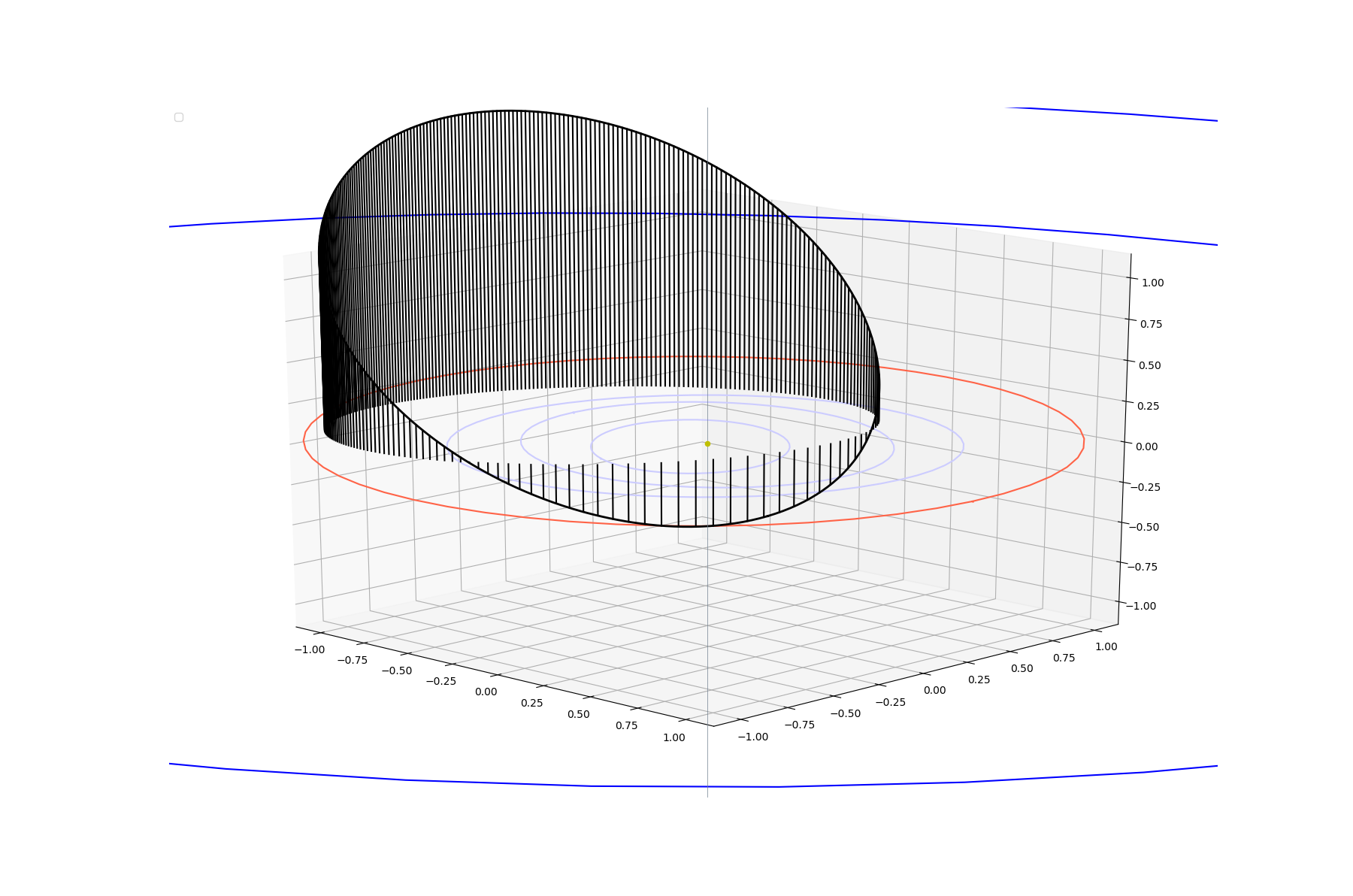 UKMON and the Natural History Museum will continue to support Anita and her students and will help them on their journey of discovery. We hope to see soon some analyses such as shown above produced by the students themselves.