First half of the year is usually quiet in terms of meteor numbers. Usually we see the odd fireball and weak but still interesting meteor showers to study. Weaker and less active meteor showers are actually one of the main reasons why detect meteors in the first place.

UKMON archive keeps growing at a steady pace and in this year alone we have detected 8,970 individual meteor observations. Check out our more detailed 2017 report update. We have covered Quadrantid meteor shower this year so far but Perseids and Geminids are still ahead of us. The weather has not been very favourable but we still added more data for Lyrid and Comae Berenicid meteor showers.

Fireball season has begun early this year by 2 events in January. For full list check our our Fireballs over UK section.

Adding all 2017 data into our archive we get to some interesting totals. UKMON data archive now contains 127,419 single meteors and 67,368 orbits. Each orbit is a paired observation from more than one camera, allowing for triangulation. That allows us to draw some really interesting information like a Ground Map and Orbits.

Following image is a ground map or all “paired” meteors. Yellow line represents length and direction of each meteor while green represents field of view or camera that recorded it. Noticeably denser area of recorded meteors appears to be down South of England but this is simply down to the fact that our network has more cameras located here. We are already working on large expansion plan to cover entire UK equally.

After data filtration and combining meteor observations to create pairs, we can view these fantastic radiant maps. Radiant is a place in the sky that meteors appear to be originating from. With camera detection software we can determine this really accurately and result is this dotted map. Each coloured dot is one detected meteor. Colour represents speed of the meteors while location, denser area, indicates meteor shower radiant.

Image below shows orange Perseids and green Geminids. Other meteor streams are also visible from this wonderful radiant map. Try finding the fastest meteors on the map, can you guess what they are? 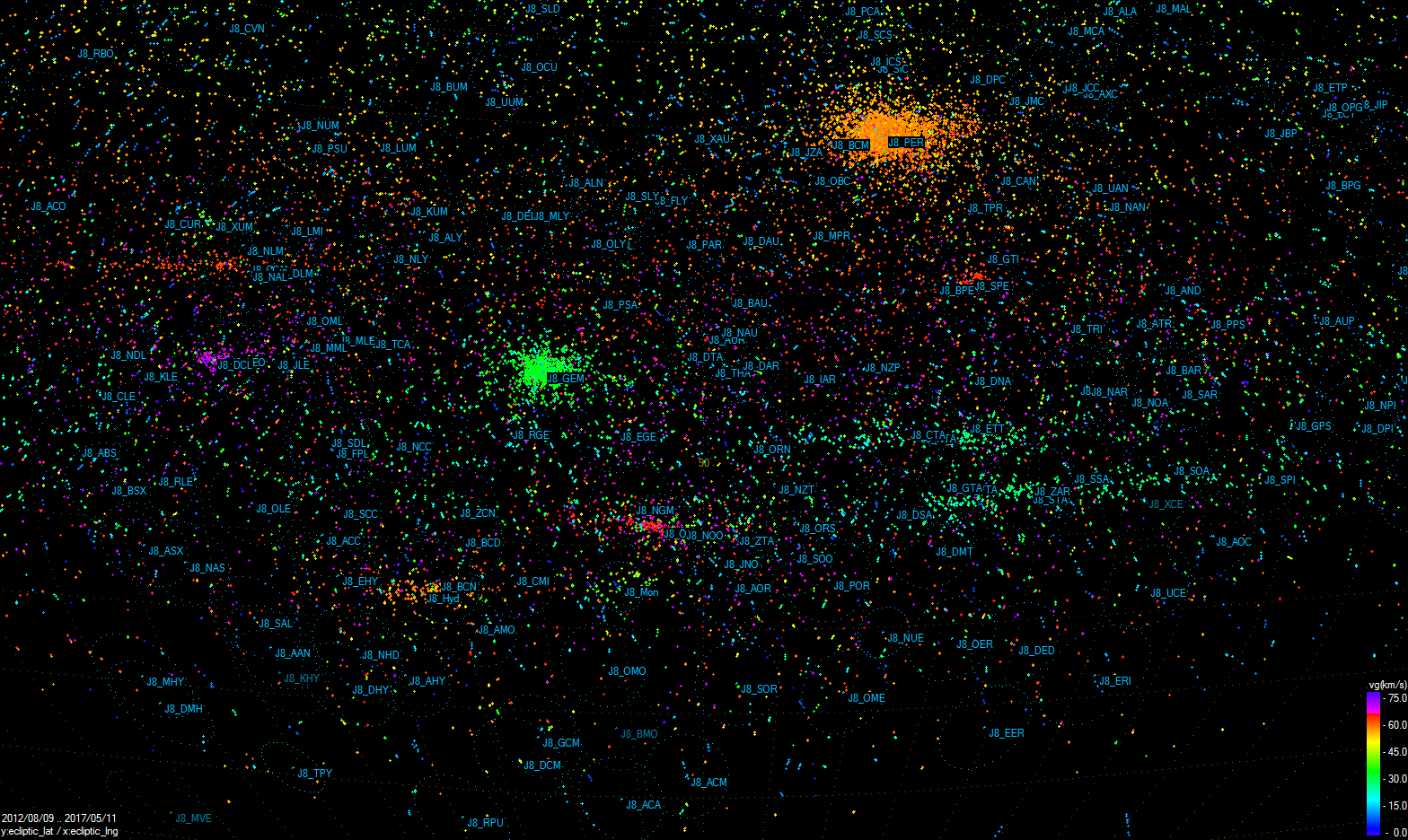 Bright Meteor over the South of England »