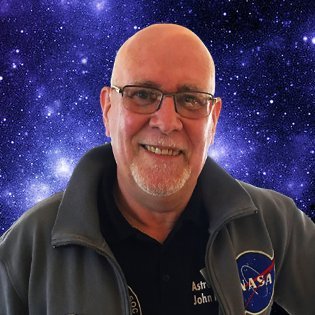 Meteor showers originate from the dust left behind from passing comets and asteroids, and when the path of Earth’s orbit causes it to pass through the dust, some of the dust particles can enter our atmosphere and cause Shooting Stars or to give them their proper astronomical name, Meteors.

Most meteors we see zipping through the sky are no bigger than a grain of sand and will burn up long before they could reach the ground. Some, however, are a bit bigger and actually make it all the way to the ground, and these are known as Meteorites.

In this case, meteorites are more likely to come from asteroids rather than comets, and although the majority are quite small, some can weigh several tons!

So, what about the Perseids? Where do they originate? Like many meteor showers, the Perseids began as the dust trail of a comet, specifically Comet Swift-Tuttle which is a periodic comet with an orbital period of 133 years. It was last seen from Earth in 1992 and will return in 2126. At 26kms wide, it isn’t the biggest of comets but is still the parent body of the Perseids.

The Perseids is one of the most reliable and brightest meteor showers and, under good conditions, can result in between 50 and 60 meteors per hour. Unfortunately, in 2020 the Moon will be in its third-quarter during the peak of the shower, and this will blot out some of the meteors due to light, however, we should still manage to see between 30-40 meteors per hour if we look in the right place.

Where then do we look to spot Perseid meteors?

You also don’t need to look at the radiant to see Perseid meteors, in fact it is better to look about 45 degrees away from the radiant point as any meteor trails you see will appear longer.

On the evenings of the 11th, 12th and 13th of August, go outside after midnight and give your eyes around 20 mins to get used to the dark, scan the skies from left to the right, beginning in the NE close to the bright star Capella.

A good idea is to wrap up warm and maybe lie comfortably on a sun lounger while you observe the sky. Perhaps have a flask of hot drinks with you and enjoy the spectacle as the Perseids streak across the night sky! You may even want to make a wish, although I can’t attest to that being effective.

If you want to record your observations, take note of the time, the direction in which the meteor trail begins, the direction of travel and the colours you see in the trail.

Well, that’s all for now, so enjoy your meteor spotting, stay safe and keep looking up!