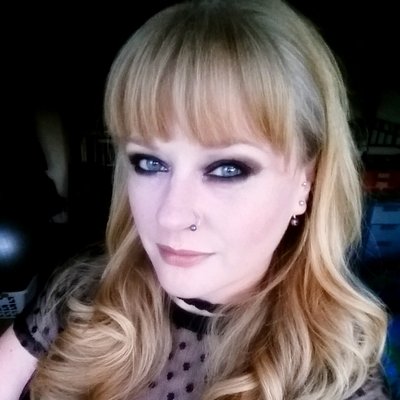 The Geminids meteor shower is one of the highlights of the astronomy calendar, despite the cold temperatures in December. The shower is active from the 8th until 17th December, with the peak predicted to occur during the early hours of the morning of 14th December. However, the Geminids has a broad peak so it is worth observing a couple of nights before and after this date.

Geminid meteors are characterised by their slow moving appearance which makes them easy to spot. They generally burn up in our atmosphere at a height of about 38 kilometres and are moving at around 35 kilometres per second which is approximately half the speed of Perseid and Orionid meteors, and makes them an excellent photography subject.

The quoted zenith hourly rates for this shower vary widely, with figures ranging from 100 to 450 meteors per hour because the media like to use rates detected by amateur radio enthusiasts. Radio detectors will pick up meteors that can’t be seen visually as well as the ones that can, so the radio astronomy rates are always much higher than the visual rates. In 2014 the radio rate for the Geminids was much higher than other years too. But the media love to use the highest number they can find to give themselves a dramatic headline! Also remember that the visual zenith hourly rate does not equate to the number of meteors that you may see during the peak of this shower. The zenith hourly rate assumes that the radiant of the shower is directly overhead, includes meteors across the entire sky and assumes that the location is a dark sky site with no Moon interference. Even though conditions are favourable in terms of the Moon, and the fact that the Geminids radiant is high above the horizon all night long, we can’t possibly see all of the sky at once with our eyes. So it’s important to have a realistic idea of what you’re likely to see if you observe this shower, and that is probably going to be somewhere between 30 and 60 meteors per hour depending on sky conditions. Factors such as light pollution can easily halve this rate. Rates are always higher during the early hours of the morning because Earth is then face-on to the meteor stream.

The radiant of a meteor shower is the part of the sky where meteors associated with that shower appear to originate from. In the case of the Geminids, the radiant is just above and to the right of the star Castor in Gemini. It’s a common misconception that the radiant is the best place to look for meteors during a shower; this is not the case! Meteors can occur anywhere in the sky; if you trace back the path they have taken across the sky then they will converge at the radiant. If you are looking directly at the radiant then the chances are that you may miss a lot of meteors. You are better to look about 45 degrees to the side of the radiant and at around 45 – 50 degrees above the horizon because this is where you are likely to spot the brightest meteors.

If you are planning to observe the shower, make sure you are dressed in very warm clothes because it can become extremely cold on clear December nights. Try to observe somewhere away from light pollution and allow your eyes to become fully dark adapted to ensure that you don’t miss the faint meteors. Keep accurate records of what you observe using a Dictaphone or pencil and paper and if you are observing with other people, try to all face in different directions so that you have more sky coverage.

If you want to photograph the Geminids, focus your camera on a bright star then point it about 45 degrees away from the radiant then set the ISO to a suitable setting for your sky. If you put your camera into continuous mode and set a shutter speed of about 15 seconds, you can use a remote shutter cable and just leave the camera constantly taking photos throughout the night. Don’t be tempted to stop the camera if you think you’ve caught a bright meteor – if you keep shooting afterwards you may be able to capture the ionisation cloud slowly dissipating after the event, and this makes a lovely timelapse video subject (see here to view videos of Perseid and Quadrantid meteors with ionisation clouds by Mary McIntyre:

To prevent your camera lens from fogging up on a frosty night, make a low cost dew heater by cutting off the end an old, warm sock and placing it over the camera lens. Then tuck in a couple of reusable pocket hand warmers.

The Geminids is one of only 2 showers whose parent body is not a comet (the other being the Quadrantids). The parent of the Geminids was in fact a mystery for many years, then in 1983 the minor planet 3200 Phaethon was discovered by Simon Green and John Davies when studying images from the Infrared Astronomical Satellite (IRAS). It an “Apollo Asteroid” with an orbit that brings it closer to the Sun than any other named asteroid. It is thought that 3200 Phaethon was once a comet which has lost all of its volatile compounds during previous orbits around the Sun. It was the astronomer Fred Whipple who realised that the orbital elements of this 5km diameter minor planet fitted perfectly with the Geminids.

On 16th and 17th December, in addition to the peak of the meteor shower, we also have the chance to observe its parent body as 3200 Phaethon will be making a close approach to Earth. At 11pm on 16th December, it will pass within 10.4 million km of Earth and you will be able to see the minor planet moving rapidly through Andromeda. The following night it will have moved into the Square of Pegasus. At magnitude +11 it should be visible in binoculars. 3200 Phaethon won’t make a pass this close to Earth again until December 2093 so grab this opportunity if you have clear skies!