January meteor shower Quadrantids (QUA) peaks January 3rd and can produce quite a few meteors. Hourly rate can reach up to 120 meteors but that is quite rare and the peak can last just a few hours.

Peter Jenniskens proposed in 2003 that parent body of Quadrantids meteor shower could be 2003EH1 which is likely to be an extinct come and could be related to the comet C/1490 Y1.

Amateur astronomers have been monitoring this shower with great interest and this is where citizen science and collaboration is incredibly important. With an unpredictable and very short peak time it is most important to monitor the shower for as long as possible. UKMON is placed as the last observing post in that timeline.

The exact peak was predicted for morning of January 3 and weather was fairly favourable and our cameras recorded 337 Quadrantid meteors (paired). 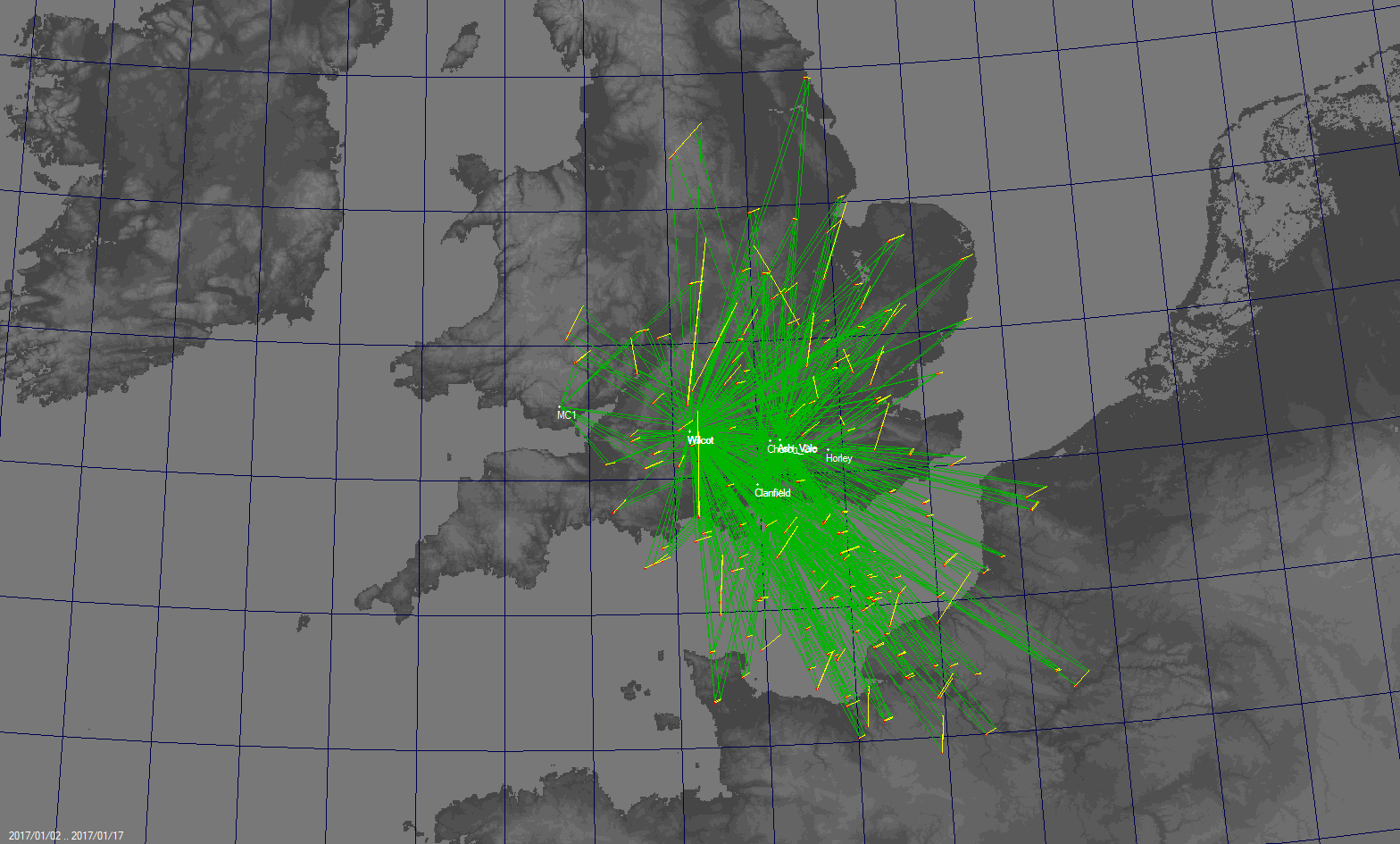 Using series of our R scripts let’s have a look at the data in more detail.

Because we are looking at only partial data set, from a few cameras, most of observations are matched by 2 cameras. We expect to have more matches as we gather data from other cameras.

But even from such a small data set we can start mapping stream activity and look at the shower peak.

Velocity distribution and magnitudes are as expected:

The following graph shows the relationship between start and end heights of the observed Quadrantids meteors and their absolute magnitudes.

The altitudes at which ablation was visible is shown in the plot below.

The maximum start heigh was 106.3 km and the minimum end height was 66.3 km. The distribution of distances travelled through the ablation zone was as follows: